MMA training: Types Of Techniques Used And Their Strengths

Home › MMA training: Types Of Techniques Used And Their Strengths 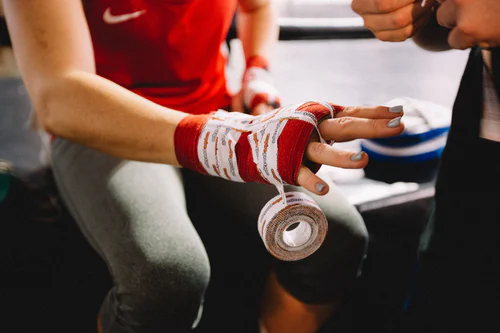 MMA Training is cross-functional training that develops extraordinary strength, endurance, and discipline. People of all ages, genders, and backgrounds have access to this training. Also, MMA training in Dubai emphasizes endurance, physical conditioning, correct technique, and intellect so that individuals can exceed their goals easily.

The jab is every striker’s most useful and necessary weapon. It is a straight punch with, at its simplest, the lead hand. Calculating and setting the user’s desired distance, establishing a rhythm and pacing and setting up the following shots are all potential applications. It is the quickest strike that can be thrown and, thus, has special use as a counter. Despite the absence of experienced users in MMA, the jab is the most basic tool in any striker’s arsenal, and it’s the most significant.

The overhand is a looping punch that is thrown from the rear hand which looks like a baseball pitch that is not as natural as the jab.   For MMA, no punch is more unique than the overhand. Though indicative of the undeniably cruder nature of striking MMA, it is prevalent in the sport for good reasons: it is a hard punch that fits the smaller gloves and broader tactical background.

With certain exceptions, the round kick is native to nearly every art that requires kicking. The movement is simple: step or pivot on the lead foot so that it is turned perpendicular to the target, push the hip so that the kicking leg leads, and to get maximum control, turn the hip over to the attack. A discerning observer can add a scrunching of the abdominal muscles and a chopping motion with the hand on the kicking side, but these motions are not strictly needed.

The double-leg takedown is an MMA staple. In its fundamental form, it’s easy to teach and understand, and almost every fighter has some understanding of how to fire the double, whether or not they often use it. There are some versions of the double, but essentially it consists of a level transition, with the knee hitting the floor; a penetration step, where the user moves forward to get close to the opponent’s hips; and then shooting the hands behind the opponent’s legs and either placing a hand behind each knee or clasping them together behind the thighs.

They come in two basic forms, inside and outside, referring to whether the user’s foot is outside of the opponent or inside. In either case, the dynamics involved are clear: the combination of pushing the upper body while removing one of the legs necessary for balance dumps the opponent onto the floor. Trips from the clinch are, like double-legs, a basic part of every fighter’s arsenal, whether or not they use them. There are some variations on the trip inside and outside, and for good reason: they are simple and effective, each style involving takedowns, from folk wrestling to judo to sambo.

A guard move is simply a way for the fighter on top to get past the fighter’s legs on the bottom, in order to gain a superior position on the field. In half guard, as opposed to side control or mount, it is hard for the opponent to stand back up or reverse positions. The fighter on top can keep his or her weight down for strength, but can also posture to land vicious ground strikes. At the lowest levels of MMA, where the fundamental knowledge of grappling is limited, guard passing is extremely useful. At the highest stages, it can become useful again. In the middle, where everybody is more or less trained, it loses much of its usefulness, but it’s still a fundamental part of the sport.

Apart from Combat Sambo, MMA is the only combat sport that involves striking on the ground. It’s one of the major aspects which distinguish it from the world of pure grappling or pure striking. Ground striking varies depending on the position. Elite fighters practice it the same way they do every other aspect of their game, in their own right, they transform it into an art form.